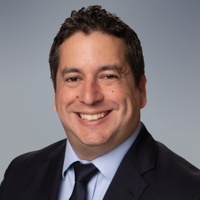 Brad B. Harris, AIF®, started his career with Waddell and Reed where he excelled as a financial advisor, but has been actively investing in the financial markets for over a decade. After gathering as much knowledge as possible from Waddell and Reed he took the next step in his career when he came on board with Perennial Financial Services and LPL Financial in early 2007.

Brad is the Managing Director of retirement planning, specializing in customized retirement strategies for corporations, business owners, entertainers and athletes. He holds the prestigious AIF® designation which represents his person’s knowledge of a Global Fiduciary Standard of Excellence and their application of the global standard into his own practice. He is also a member of LPL Financial’s Retirement Plan Consulting Program (RPCP) allowing him to act as a "fee for service" advisor for corporate retirement plans, foundations, endowments and private trusts. He specializes in helping maximize corporate benefits, employee education and participation while pursuing the best investment choices at the lowest costs.

Brad was born in Glendale, CA but moved with his family to Boise, Idaho when he was 10 years old, where he later graduated from Eagle High School in Eagle, Idaho in 1999. He then enlisted in the Navy, where he was stationed in Rhode Island. After successfully serving his country in the Navy he went on to attend Antelope Valley Community College, where he shined as a baseball star under the supervision of Coach Jeffrey "Hackman" Leonard, former San Francisco Giants and MLB outfielder for over ten years. He later finished his college career at California Lutheran University in Thousand Oaks, California in 2003. He also holds his Masters in Business Administration with an emphasis in Financial Planning from California Lutheran University. In his spare time Brad is a member of the Water Buffalo Club, a charitable organization "...dedicated to fostering the well-being of underserved and at-risk children in Los Angeles through its members' commitment of their time and financial resources. The WBC directly impacts smaller charities by providing grants, hosting events, and supporting youth programs..." in our community.

Currently, Brad and his wife Ashley reside in Woodland Hills, CA with their two cats - Ollie and Kallie, and yellow-crowned amazon parrot - Ronnie.